I offer private counselling for children as well as in-house counselling service at primary schools in the Moray area. School work is available for part or whole days on a weekly basis. Having a counsellor in your school means you have someone available to attend to children who are in need of emotional and psychological support. Such support can often allow vulnerable children to re-engage with their school work without having to wait for outside services which are often only available for more specialised work.

Children can refer themselves confidentially, via a postbox at school, or they can be referred by the teacher or from a parent's request. Additionally, having the counselling service on site means that teachers can discuss their concerns with me when needed.

During one-on-one sessions, children have the space and time to be listened to in a non-judgemental environment and to talk with someone outside of the family and school environment. This is often all that is needed for them to get more in touch with their feelings and move through what is troubling them.

For further details on arranging private counselling sessions for your child please contact me.

School itself can often be a challenging place for children in terms of learning to socialise, friendships, pressures from school work and possible bullying. Having someone at school who can help is often all that is needed - a place to go at lunch to talk over difficulties can often help the child shift focus and be more content for the rest of the day.

At times a child need a bit longer than a 15 mins drop-in and in these cases longer sessions can be arranged on a weekly basis and be tailored to the child's individual needs.

The counselling service is carried out in a dedicated room at school and runs during term-time.

1 in 10 children and young people aged 5-16 suffer from a diagnosable mental health disorder - that is around three children in every class (source) and these issues are unfortunately increasing in children. (source)

On the positive side, evidence shows that early intervention means children are less likely to suffer from serious mental health difficulties in their later life. (source) In addition, emotional and mental well being has been shown to improve school life: for example, by enhancing academic progress, increasing attendance and lowering exclusion rates. (source)

They state 'an effective solution would be to ensure every school has school-based counselling. This acts as an early-intervention service that means mental health issues presenting in children and young people can be dealt with earlier on before developing into more serious issues, and if needs be, the counsellor can signpost and refer those who need it to more specialist mental health services within the NHS. (source)

What I offer in practice:

What happens in a session?

My counselling methods are based in an integrative model and I use mediums such as play, artwork, role-play and reflective dialogue to work with the child.

For younger children, and for those who do not easily communicate verbally, my therapeutic approach encourages children to express themselves in other ways, for example through artwork or play.

I begin and end the sessions with self-assessment indicators in the form of a feelings chart and a number barometer in order to help the child gauge how they feel.

I have worked with children with a variety of problems including anxiety, grief, abuse, illness, self-harm, issues at home, hyperactivity, social or communication difficulties and gender dysphoria and body image concerns.

Events such as accidents, deaths, moving home or divorce in the family are all common, stressful and potentially traumatizing events for children and their families. Other difficult events for a child could include the birth of a sibling, trouble at school or an illness in the family.

There are various indications that a child is experiencing emotional problems. For example, they may be withdrawing from activities, have problems making friends or experiencing temper tantrums. Sometimes a child may be acting out inappropriate behaviour or becoming anxious from what seems like no reason at all. Anger, sadness, anxiety or other unusual behaviour that has gone on over time is often an indicator that something needs attention. Counselling offers an approachable way to facilitate children moving through difficulties and gives them emotional skills to access throughout their lives.

Having a counsellor who works at the school, whether half or whole days during the week, means easy access for counselling. Once I am in a school there are three ways referrals for support can happen:

"Kate Olsen has been supporting children’s mental health and wellbeing at Anderson’s Primary for the past year and I am delighted to say she will be joining us this coming session too. The difference she had made to the children is tangible; they are happier and more settled in school and their behaviour and social skills have improved. This of course spills over into the classroom, benefiting all children and staff. We all know that a happier, settled child is better placed to learn and the raised attainment data supports this. Parents have also reported an improvement in the family situation noting improved behaviour, relationships and a reduction in anxiety for all. Kate has been instrumental in helping Anderson’s achieve the National Nurturing School accreditation and I cannot commend her highly enough."


"Kate has been willing to go the extra mile in terms of both supporting the children and the school. She has met with parents, given informal advice to staff, provided reports for Children's Social care meetings and attended Child Protection review meetings. She is always extremely professional in her approach and strictly adheres to safeguarding policies within the school.

Kate is open and approachable and [...] has established extremely positive working relationships with the children, staff and parents.

They [the children] have all benefited from spending time with a trained professional who can offer confidential support above and beyond that which we can offer in school."

"My daughter has worked with Kate for approx 4 years, the last one via Skype. The therapeutic space she provides has enabled my daughter to overcome a number of issues, while their ongoing work has helped her build resilience and work on strategies to help manage her emotions and anxiety.

Kate has also kept in regular contact with me via telephone/email and provides feedback for meetings in school, which has been invaluable in helping pinpoint areas of support school can concentrate on.

I have always found Kate to be highly professional and my daughter and I have a very good relationship with her, I would recommend Kate's counselling service without hesitation."

I also run a private counselling practice in the Forres area of Moray in Scotland, offering sessions for children outside of school. This can also be arranged as a Skype/internet session if preferable.

I have experience of working with children ranging from the age of four and up into young adulthood. Refer to the Problems section for areas of specific expertise and About Me for experience and qualifications. 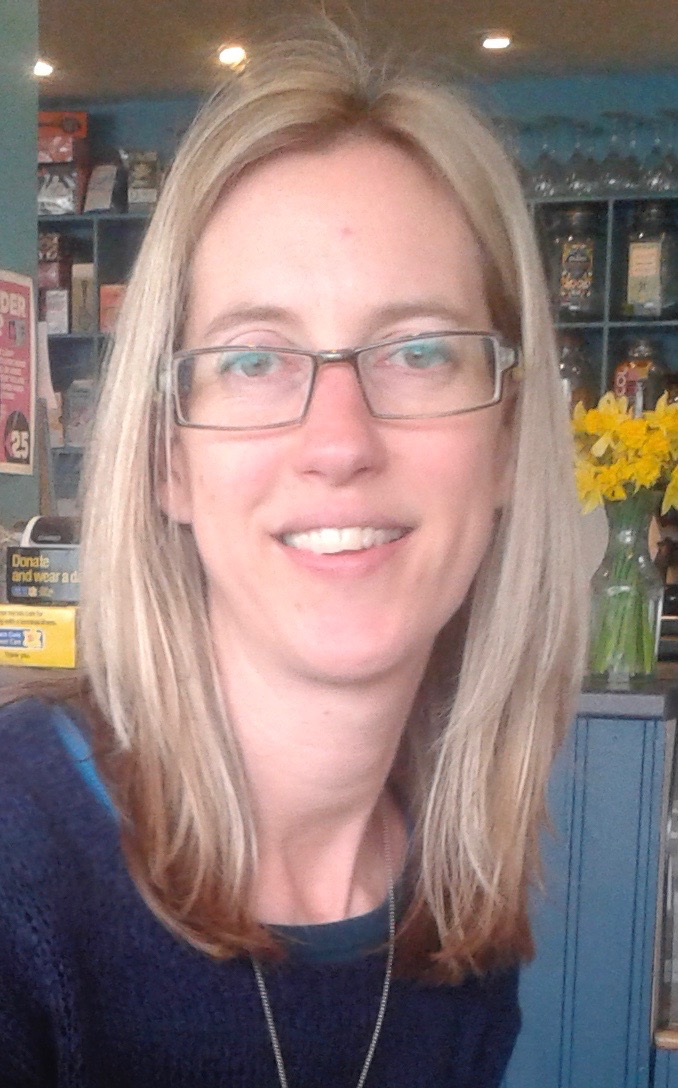 I have worked as a counsellor in schools for the last 8 years. My counselling methods are based upon an integrative model. In my work I use mediums such as play, artwork, role-play and reflective dialogue when working with the referred children on an individual basis, or, if appropriate, therapeutic group-work.

I use a referral and evaluation system, and on completion of the required number of sessions for a child, an evaluation form is given to the Head teacher which outlines the progress of the intervention.

I am a qualified Therapeutic Counsellor (BTEC Professional Diploma EDXCEL Level 5) and a member of the British Association for Counselling & Psychotherapy (BACP). Please request CV for full professional qualifications.

I enjoy being with children & provide an empathetic environment for them to feel safe enough to open up and look at any difficulties they may be experiencing. I feel particularly inspired about working within the school environment and enabling space for children to get in touch with how they feel emotionally. I call this un-rushed space, "Time4me". This often results in them being able to focus on their school work, feel more at ease and cope with life’s challenges.

Before becoming a counsellor, I worked in schools with children and parents – both mainstream and within Steiner education. I have also worked as a School Project Manager for 'Place2be', a national charity providing emotional support to children in schools. Please request CV for my employment record.

During my counselling sessions, I help my clients to come more into contact with themselves. I provide a model in which the child learns it is safe to feel, express and release stuck emotions. Some of the qualities I have been told I bring include being kind, open, clear and trustworthy.

I have regular supervision sessions and I am committed to my own continual professional development. I am a member of a professional body and hold my own indemnity insurance.

For more details and to arrange a meeting, please contact me on: